When you are talking with a lady, you can have a really great conversation, but there are some rules. You cannot just talk about anything that pops into your male brain and expect she is going to be interested in what you are saying. To make sure you understand exactly what you should be talking about as well as what topics you should be avoiding, you can check out the suggestions listed below. Granted, you may find a woman who is actually interested in these things, but history dictates these are subjects best not to be broached until you really know the woman you are talking to.

Talking about sports is one thing, but talking about your fantasy football league is something else entirely. Face it, fantasy football is something developed mostly for guys to brag about how they know the stats of the football players and how to create the team of the century. Women do not want to hear about how your team is doing or the challenging game you have coming up. Most women find this kind of behavior silly. It may be endearing when you are in a relationship, but it will not serve as an aphrodisiac, that is for sure. 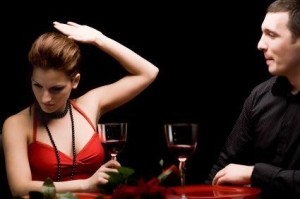 She is not going to be impressed with your ability to pick up chicks. Bragging about what you have done with other women is not going to impress her or make her want to jump in bed with you. All you are going to do is show her you are only interested in having sex and not interested in her as a person. Even if the woman only actually wants to have sex with you, she still wants to be treated like she is a human being as opposed to a toy. Talk to her about what you like in her and you will get much further than talking about other women.

What Your Buddies Are Up To 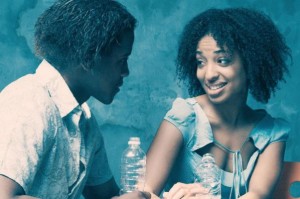 “She will not be interested in listening about your buddies”

If you develop a relationship with someone, they are going to be very interested in meeting your friends and getting to know them. However, right now, she is not interested in hearing about them. If you are so keen to talk about your friends, she is going to think you should just go hang out with them rather than talking to her. She wants to know you and hang out with you. Make sure you are talking about her and giving her information about yourself she wants to hear. She would like to hear about your interests, and if it is that kind of conversation that turns you on, you are in luck. Just make sure you are paying attention to the signs. If she does not seem interested in a line of conversation or she changes the subject, you are done talking about that. Do not bring up abandoned subjects again unless she is the one to bring them up.