Marriage Counselor
After the honeymoon phase, finding a friend with benefits, have time for a personal life, Sex has a lot of benefits, your mental and physical health 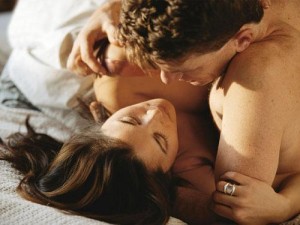 It’s not uncommon for people to feel like they don’t have time for a personal life. There’s the commitment of meeting the person, spending time doing something totally unproductive (going on a date, drinking coffee, etc.), and having to keep track of yet another “job” in your busy schedule. Although it might seem easier to just push this to the back burner, it’s not the best thing to do. No dating means no sex, which can actually be pretty bad for your mental and physical health. You might want to think twice about not penciling in time for sex after you read this.

Sex has a lot of benefits for both your mind and your body. Having sex does count as exercise and boosts your immune system. The actual act of sex helps your body make more of the antibodies that keep you from calling in sick all of the time. Not only does it keep your body running in tip top shape, it keeps you from stressing out, so all of those other appointments in your book that keep you biting your nails can be eased by getting it on a regular basis. 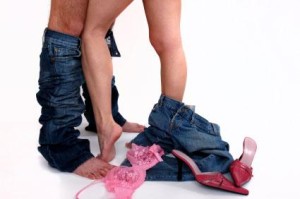 “Find a girl to hook up with, every weekend”

If you’re single it doesn’t mean that you can’t get laid on a regular basis. Plan to go out once or twice on the weekend and try to find yourself a girl to spend the night with. If you’re just trying to get some, then it won’t matter who it is, but sex gets better when there’s a connection. Turn to your female friends and start the trek of finding a friend with benefits. Relying on a woman who can regularly have sex with you will have a better result than just hoping to take a barfly home on the weekend.

It seems like a stupid thing to even suggest planning sex when you already have a woman, right? Well…not exactly. In the beginning of the relationship, yes, it’s stupid to plan because you’re already having all sorts of sex all over the place. You would have literally need no planning at all. Give it time though. After the honeymoon phase, or anywhere from three to nine months, the sex starts to slow down. Be proactive about this sort of thing. When you notice that the two of you aren’t hitting on each other as much or romancing as often make a promise to yourself that at least a few times a week, you should really make an effort to remember to have sex. Initiation is sometimes all it takes. Once you have gone too far though, you’ll need to actually talk to your girlfriend and set something up. She might be upset or think that you’re being an ass and accusing her of not putting out enough, but thoroughly explain your reasons. If you aren’t having much sex now or there’s a big time gap in between, then it’s going to be hard to get back on track. Once you have gotten into a sex routine it will come more naturally and the both of you will be better off for it.

Why You Should Cook for Her on the Second Date