Seven Signs She Wants You to Dump Her 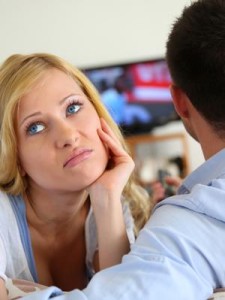 “Look for signs when she is no longer interested in you”

Sometimes, a relationship can go bad before you even know it. One day, everything’s fine and the next day she’s acting more strangely than you have ever seen her act before. She could be dropping hints that it’s over, but doesn’t want to come right out and say it. If your lady thinks it’s time to move on then you should watch for these seven warning signs.

1. She Keeps Canceling Plans at the Last Minute.

Plans that are canceled last minute speak to two probable modes of thought: one, that something came up that she would rather do, or two, she never wanted to go out but didn’t have a reason not to and waited for one to appear until she was out of time to politely tell you she was “busy.” If you find yourself constantly placed on the back burner, the odds are good that she’s looking for any excuse to do anything but not to go out with you.

2. She’s Moved Almost All of Her Stuff out of Your Place.

If you two don’t live together, you’ll find that almost of all the things that she’s been keeping at your place for convenience will have disappeared. If you two do live together, expect to see her belongings taking up much less room and prominence then they did before as she makes it easier for her to get her stuff and move on once you’re no longer an item.

3. She’s Picking Fights Over Nothing. 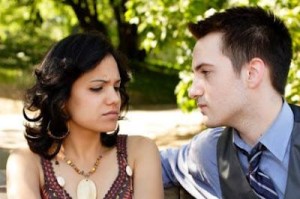 “She remains upset almost all the time”

Literally, she fights over nothing. If your girlfriend always seems to be in a bad mood more and more and is telling you that she’s just crabby or upset lately, don’t always assume she’s on her rag. If she’s unhappy all the time, then it’s probably something that happens all the time that’s getting to her, like your relationship.

An apology doesn’t always mean you are sorry, it usually means “let’s stop fighting.” If your girlfriend’s well of apologies has dried up, it means that she doesn’t care whether or not you two ever get over your scrape.

5. She Won’t Talk About the Future With You.

6. She Has Stopped Giving You Gifts and Taking You out.

Maybe you always paid for dates in your relationship, and that’s fine, but if Valentine’s Day rolls around and you get a packet of coupons that came in the mail, you know that she’s no longer interested. It’s one thing to be short on funds, but if she actually doesn’t put any effort into giving you gifts or taking you out, you’re just not important anymore.

7. She Admits That She’s Cheated. 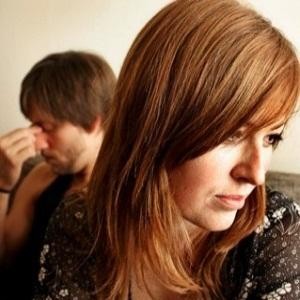 “She cheated because she is not happy with you”

When it comes to these signs, they’re not one-size-fits-all. Any one of them is reason enough to talk to your girlfriend, but if you have several, and especially if you have more than four, it’s time to ask if she even wants this relationship to succeed.