How to Hit On Women with Huge Tits 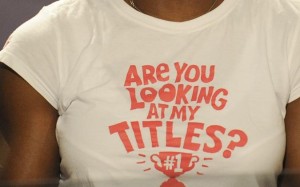 You know how it is. There’s that one woman in every bar, the woman every guy is salivating over like a dog who hasn’t been fixed. She’s probably got nice hair and a cute face. She may have a nice butt or a short skirt. None of that matter because she has a giant pair of breasts and that’s all everyone seems to look at. That’s understandable because a huge rack is worth appreciating.

However, the woman you’re looking at has probably been on the receiving end of that attention since she was a pre-teen. She might enjoy the attention or she might not, but either way, if you’re drooling, you’re just another face in the crowd to her. If you want to stand out and stand a chance of taking her home, you’re going to want to up your game and your eyes. Here’s how to do it. 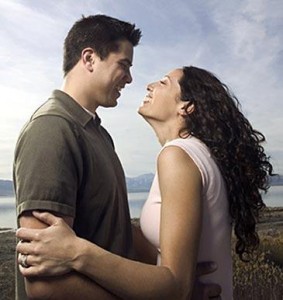 “Look her in the eyes instead of looking at her breast”

Start by making eye contact. It seems simple. It’s the most basic part of hitting on women, the first lesson you learned when you started going out. Yet, when there’s a woman in the room with an amazing set of breasts, so many guys’ game goes straight out the window. Don’t be that guy, make eye contact. Those breasts aren’t going anywhere, except home to bed with you. Keep your eyes on the prize and not on the tits, at least for the moment.

Ignore the Elephant in the Room

Now that you’ve made eye contact, you must continue to act like you’re not thinking about her breasts, so try and make your conversation as normal as possible. Compliment her on another part of her body; the odds are actually in your favor at this point. You, the man, are a kind of protective coloring for her. Once she’s talking to a man, other men will tend to back off. She likes this because it means she’s left alone. You like this because it reduces your competition without requiring you to actually stare down or cut off other men.

When Your Eyes Wander

If you think you’re in danger of losing her attention, or if she does finally catch you staring at her breasts, you have a chance of recovery. Consider asking her about them point blank. Don’t ask if they’re real! This is insulting if they are real, and it’s also insulting if they’re fake because it implies that she didn’t pick a very good surgeon. Either way, she won’t like the question. Ask her if she gets a lot of attention, or how she feels about them. Make it sound like you’re sympathetic and you may recover.

Once you’ve got her attention, all you have to do is reel her in. She’s already written off everyone else, so you’re the only real choice for the evening. You just have to make sure you don’t sabotage yourself. Once you get her back to your place and the bra is coming off, then you can stare all you like. By that point, she’ll be in the mood to appreciate it instead.

It’s really not that hard to get the girl with huge tits into bed with you. The rules for you are the same; it’s all about ignoring them. Use that to your advantage and you’ll have what you want in no time.