Condom Perks for Her

Marriage Counselor
have her begging for more, sex enhancers, spice up your love life, Warming lube 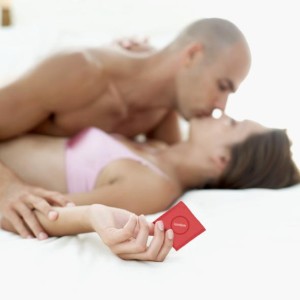 Men are traditionally the ones complaining about condoms and their uses, but that doesn’t mean that women universally love them. A lot of times, the touch of a condom can be dull, bland, and boring. In an effort to spice up your love life and get your lady excited about sex again, consider purchasing condoms with extra perks to get her in the mood and make the experience more rewarding.

There’s no one right way to have a French Tickler. These condoms often look silly or strange, with lots of nubs and supple rubber ticklers and tangers along the tip and often up and down the sides. They can also be ribbed, swirled, and twisted. These pretty baubles have more than one perk to them. Their textured surface changes the friction areas inside her, and often feels great along her outer lips as well. French Ticklers can light up the bedroom and light up your love life.

These sex enhancers are a little bit expensive, but they’re just the thing to give her a romantic treat. When you’re investing in these condoms, you’re investing in romance and care, and you know that they’re not overcharging you; the thick tips and extra rubber use explain the cost. These can also improve men’s pleasure as well, so you won’t be missing out with these. 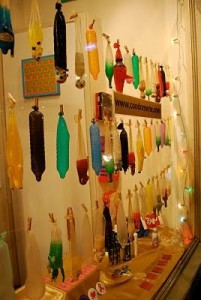 “There are many designer condoms available these days”

A condom with a pretty design can be a lot easier to swallow, as the case may be, when she’s going down on you in the bedroom. Pretty patterns have been shown to have relaxing effects, even when they’re on penis. If you’re with an inexperienced girl, a pretty condom can be just the thing to distract her, calm her down, and let her relax. Condoms with patterns are also just as effective as regular condoms, so you don’t have to worry about lacking contraception functions.

Most condoms come with lube already, but there are special kinds that heat with friction, providing a mild warming sensation for the man and the woman alike. This extra heat makes her more sensitive than ever before, and helps make her aware of every thrust and surge. Warming lube will put a spicy twist on a regular night in.

Go slowly at first; the first few times can be startling, so don’t put one of these on without telling your partner. You’ll be happier and better prepared and no one will panic when things get a little hot down there.

Condoms don’t have to be a terrible bore for either partner. Safer sex is sexier sex, and neither of you have to miss out when you protect yourself. These are only three of the most common perks for condoms that women can experience, and each one will have her begging for more. Whether you’re planning a full on romantic date or just want to try something new, invest in a box of ribbed, tickling, decorative, or warming condoms and allow adventure into your bedroom.